Tucked away on a quiet street in Dupont Circle is a hidden museum that explores the accounts and history of Jewish-American war veterans since the Civil War.  The National Museum of American Jewish Military History is a small treasure trove that documents U.S. history through the eyes of Jewish soldiers, servicewomen, rabbis, and others who have served our country during times of strife. 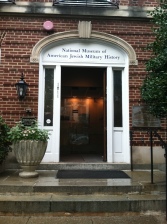 The museum shares space with the Jewish War Veterans of the U.S.A., a service organization that supports and assists veterans.  It was founded in 1896 as the Hebrew Union Veterans Association to combat anti-Semitic accusations that Jews did not serve their country during the Civil War.  After a handful of name changes, the current name was decided upon in 1929. 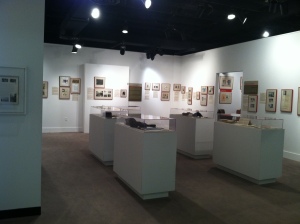 The NMAJMH covers two levels and is divided into a handful of exhibits, some of which are permanent and others which are rotating.  One of the most powerful is devoted to the experiences of Jewish GIs arriving at and freeing prisoners from Nazi concentration camps.  Some American Jewish soldiers spoke Yiddish or other European languages, which was extremely important to organizing the survivors, and provided immense comfort.  Many GIs established life-long friendships or romances with former prisoners or others displaced by the war, and a handful of these stories are displayed with photographs, letters, and other artifacts. 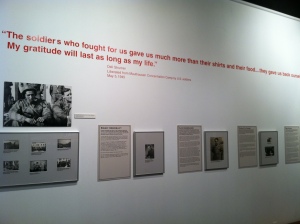 Other exhibits at the NMAJMH include those on female Jewish veterans during World War II; the Hall of Heroes, which lists biographies all of those Jewish vets who have received the Congressional Medal of Honor; and a look at how American Jewish war veterans protested and organized against Nazi Germany in the 1930s and 1940s.

What I liked best about this museum in particular is that it is completely told through the eyes of individuals, and therefore has an extraordinarily personal feel, rather than a more overarching and “curated” experience as is the case with most history museums.  So, for example, the exhibit on servicewomen during World War II features the handwritten letters, uniforms, and oral histories of women such as Frances Slanger, the first American nurse to die during World War II.  It is refreshing to be in a museum that so thoroughly focuses on the real people who were a part of history, rather than the history itself. 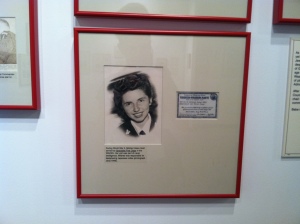 And, the museum is full of objects donated by veterans, each with its own story and associated memories.  One of my favorites was a small collection of “trench art,” or art made on the front lines during World War I using materials on hand like canteens, bullets, and other pieces from the war. 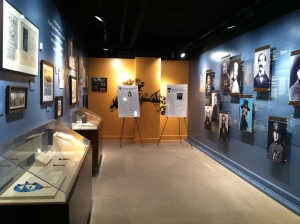 Chartered in 1958, the museum not only documents history, but actively works to educate the public.  It provides classes, lectures, author talks, and partners with other organizations like Theater J to bring history to life on the stage.  The museum also is still actively looking for donations to the archives, seeking to grow and enhance its collections.  As the U.S. is still engaged in wars in which Jews are serving the museum truly is living history.

Filed under Arts and Entertainment, Museums

Bowling on the Base at Fort Myer

One thing we lack here in Washington, DC is nearby and cheap options for bowling.  Sure, there are the Bowl America outposts in West Falls Church and Fairfax, Bowlmor stranded far from the Metro in Bethesda, and the odd business model of $20-per-game-plus-fancy-schmancy-dress-code at Lucky Strike in Chinatown.  None of these are really viable if your aim is cheap bowling in the nation’s capital.  Luckily, the Fort Myer Bowling Center, on an Army base just behind Arlington Cemetery, offers the chance to fulfill your ten pin dreams.  And learn a bit about military history while you’re at it. 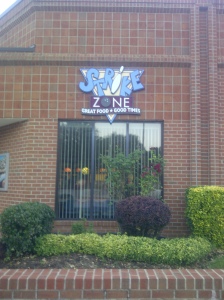 Also known as the “Joint Base Myer-Henderson Hall,” a result of a 2005 initiative to create more efficiency, Fort Myer and Fort McNair are currently home to thousands of men and women providing military services—disaster relief, security, etc. to the National Capital Region.  And due to its proximity to Arlington Cemetery, many assigned to Fort Myer take part in official ceremonies there.  Indeed, the “Old Guard,” the Army’s oldest active infantry regiment, is based at Fort Myer, and is the “premier ceremonial unit” and escort to the president.  The fort was also the location of the first powered-flight fatality, when the propeller split on a military test plane carrying Orville Wright and a lieutenant, who died in the crash.

Needless to say, you’ll be surrounded by history when you set foot on the base—well, drive onto it, as it is most easily accessed by car.  Keep in mind that as you drive in, all members of your party will need a photo ID and your car will be searched from hood to trunk. 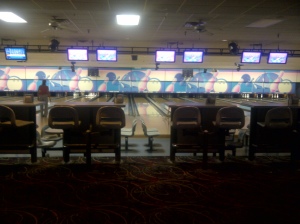 A few minutes onto the base is the “Strike Zone,” which is bowling as you remember it in all its glory: low-lighting, bright paintings of bowling balls and pins on the walls, etc.  And cheap!  Games run $2 or $3 per person, depending on the time, and shoe rentals are $2 each.  I wasn’t there for rock ‘n roll bowling on Friday and Saturday nights, but from all accounts it’s pretty neat.  Don’t expect much from the snack bar, which consists of hot dogs, pizza, and the like.  Buckets of mini-beers are kind of entertaining, if a tad overpriced. 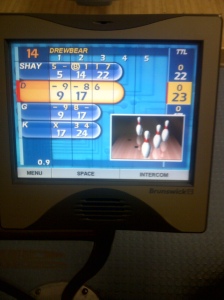 There’s not much more to say about bowling at Fort Myer, only that it is just the kind of bowling experience that I expect many Washingtonians are looking for!

Filed under Activities, Deals and Steals